When you are preparing to graduate, you have lots of options. This series highlights people who chose service, and how the volunteer experience has made an impact on their lives. 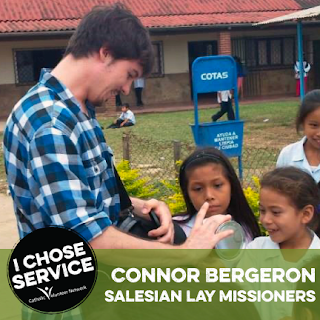 Christianity and Service - A Lens to See the World
Save the Dates: Volunteer Event March 8-12
The First Step
I Chose Service - Mike Bucaria, Augustinian Volunteers