Home > Uncategorized > Love is in the Air!

There are many lifelong benefits to a year of service – job skills, spiritual growth, professional connections, friendships – and love! Here are some stories from couples who met during their year of service with Dominican Volunteers USA! 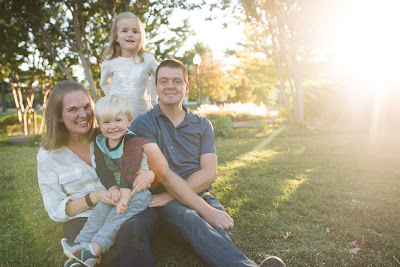 In the middle of my history class, Megan appeared at the door.
“Oooh, look Mr. D., Ms. Decker is here to see you” said one particularly brazen student.
“Oooh” repeated many others.
She wasn’t there to see me, really. Megan was the music teacher, and had an arrangement where she would come in to the larger classes and take out small groups of kids at a time for piano instruction.
The kids loved to match up the teachers at the school, especially the younger ones. Totally inappropriate behavior, but hey, they got away with it because you picked your battles at San Juan Diego Middle School.
They would make a big deal about us.  It was a self-perpetuating problem, as the more they would point it out, the more embarrassed I would get, giving them validation that their intuitions were true. Pretty soon it became “your girlfriend is here to see you,” and we had to find a different way to get the kids to piano.
Megan and I did indeed become fast friends in our shared year as Dominican volunteers (her first, my second) at the little San Miguel School in Racine, Wisconsin. We would talk for hours and had lots of fun together. On our off time we would visit local parks and played a mean game of racquetball at the local Y. We were each other’s support in what proved to be a difficult year.
So yes, the kids picked up on something.  Maybe my smile was a bit brighter when I greeted her, I don’t know. Kids pick up on a lot of things that adults have trouble seeing. As the volunteer year came to an end, we figured out that there was more than a friendship going on after all. 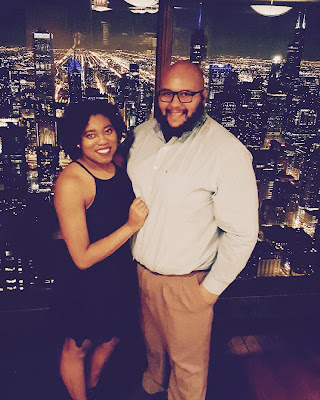 The Dominican charism, one that is loving and one that openly shares through connection is something that breaks down barriers and overcomes obstacles. Ashley found this important piece of her life in high school at Regina Dominican in Wilmette, IL and Chris at Molloy College in Rockville Centre, NY. DVUSA unknowingly brought them together through their passion to serve the refugee population. Their relationship is built on this special Dominican charism.

Ashley and Chris met during their service year in 2014-2015. Ashley was placed in Atlanta that year working in Catholic Charities Atlanta in Refugee Resettlement while Chris was placed in Chicago at Heartland Alliance: Refugee and Immigrant Communities Services. Ashley thought that Chris was “annoying” at their Orientation. Luckily, first impressions were not everything and after the mid-year retreat, Ashley and Chris started their journey supporting each other, and becoming best friends. They could even credit their relationship starting simply on personal letters that they had shared at this mid-year retreat. They found common ground in diving into the challenges that they were each experiencing, including those they both faced as volunteers of color.

Chris did a second year of service in Ashley’s position at Catholic Charities Atlanta. Even though Ashley wasn’t a volunteer for a second year, their relationship grew more in depth with continuing to support each other in different parts of the country. Long distance relationships are not easy, and sometimes they are daunting. But for Ashley and Chris, what continues to be a driving force in their strong commitment to each other is this foundation they had with DVUSA. 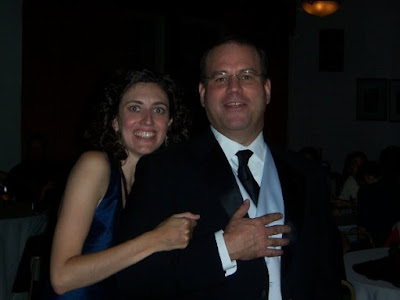 25 years ago now, Tony and I began our friendship thanks to the hospitality and community-building efforts of Sophia House, or as Tony called them “The Reflective Girls.”  Four women, all alumnae of the Apostolic Volunteer Program, created an intentional community in Hyde Park built in the Dominican spirit that had touched each of them so deeply during their years of volunteer service.  Lisa Rademacher, Elise O’Connell, Kris Funk and Kathy Lenny created a home full of prayer and compassion surely, but also a place of great joy and lots of fun.  None of us who hung around Sophia during those years can forget the costume parties, cut-throat card games, delicious food, Frisbee football, belly laughter, and heart-felt hugs that characterized so many of the deepest and most meaningful friendships of our lives.

Years later, we began to fall in love while walking along the beach in Racine, Wisconsin during an extended break in a Dominican Volunteers Board of Directors meeting.  Various circumstances had opened up the space for us to see one another in a new way.  And again, the Dominican community—full of faith, joy and mission—tilled the soil in which this the seed of love could take root.

Twelve years of marriage later with two smart, beautiful and happy daughters in tow, we continue to be blessed by the spirit and the fact of Dominican community.  Whether it is the warm greeting our girls receive from the Sisters as we walk through the doors of Rosary Chapel at Dominican University or the hilarious Christmas letters we receive from our fellow program alums or the sterling inspirations to holiness we see in our Dominican Volunteers friends, our love is grown and nurtured by Dominican Family.  And we are so grateful.
-Claire Noonan, Apostolic Volunteer, 1992-93 and AV Co-Director 1993-97 and husband, Anthony Schmitz, Volunteer at Visitation Elementary School, 1990 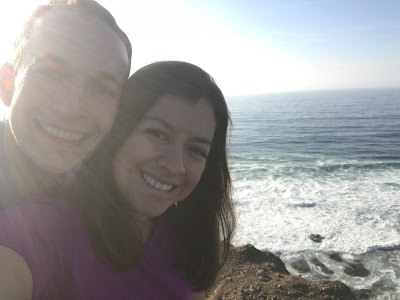 My name is Luke Sullivan and I was a volunteer from 2012-2014 in Chicago. I first met Cynthia Velasquez (2012-2014) at our opening retreat in Adrian, MI during our first year of service. We loosely kept in touch over the two years of service and started dating after our second year ended. We both live in Chicago. Having the foundation of the Dominican charism is essential for our relationship. We both have been so influenced and mentored by Dominican sisters and the entire Dominican Family. Indeed, the ideas of study, prayer, community and preaching shape who we are as individuals and who we are as a couple. Cynthia was a volunteer in New York and in Redwood City and so it has been wonderful to connect with so many wonderful people in NY and CA through her. Now Redwood City is our favorite place to visit together!

Two of the things we really enjoy doing together are seeing plays and musicals and hiking. I think that taking in the arts in whatever form that might be is essential for everyone. And Cynthia and I are so lucky to live in such a great city for the arts! We have seen Hamilton, The Newsies, Les Mis and much more! We love going over our favorite parts of the musical, our favorite songs and our favorite actor/actress! It definitely brings us closer as a couple.
We also really enjoy Hiking and being in nature. We never feel so grounded in who we are as people and who we are as a couple than when we hike. This is especially true when we face adversity (like being lost on a trail!) and we work through it together to become a stronger couple. One of the more profound quotes someone told me was, “If you can’t find God anywhere, then go climb a mountain.” Nothing brings me closer to God then climbing a mountain with Cynthia.

Because we met through DVUSA, the program holds a very special place in our hearts. We support the program in any way we can and have learned so much from the people we have met along the way (including each other!). We count ourselves fortunate each and every day for Dominican Volunteers.

Thanks to all the volunteers who shared their love story for this post!
To learn more about serving with Dominican Volunteers USA, please click here.

“Me blind, but me can still see.”
Exploring Vocations on World Day for Consecrated Life
"He Will Prepare Your Way" Advent Reflection by Patrick Hubbard, Sojourners Intern
Serving with Sisters: Ashley Guanzon