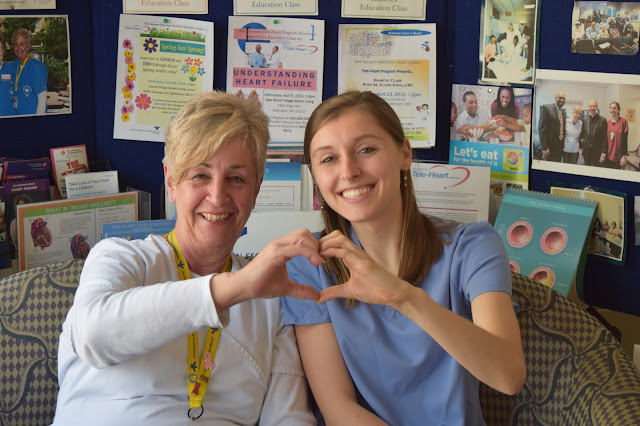 Serving with Bon Secours Volunteer Ministry in Baltimore: “My Quest to B-more”.  This was my mantra as I prepared to begin my year of service, and my prior assumption of how justice is attained. I moved to West Baltimore with high hopes of affecting change in this community; an attitude that can be seen in various aspects of my day-to-day life. When faced with a new opportunity for involvement, whether that is through my work placement or my residence in the neighborhood, I leap into action asking, “What more can I do?”. This has most recently come up in response to the uprisings in Baltimore. Reflection on my reaction to this current event, as well as other experiences I have had in Baltimore, has allowed me to recognize an ever-present call to forgo my own agenda and just listen.

“Karen, do you have any ideas for something else I could do for the people we see at our monthly blood pressure screenings?” This was often a question I raised to my supervisor (and even more frequently to myself internally) during my first couple months as the assistant in a hospital disease management program. My task-oriented-self wanted something tangible, something noteworthy, to work toward; but it is by grace that I have been able to reach an acceptance and appreciation of the fact that my role this year is not so much to do, as it is to be. It was through interacting with Ms. Ellen – a native of Baltimore, cancer patient, and widow living independently in a senior building – that it was made most clear to me that taking blood pressures is merely a means of getting through to the people that I meet, and an invitation for them to talk and be heard. From “the arthritis in my knees is terrible!” to “it’s a shame what Baltimore has come to since I was growing up here”, the carrying on of Ms. Ellen and the other residents is a much needed release of tension, and a glimpse at the concerns of the impoverished members of the elderly generations. The premise of a blood pressure screening has the profound effect of creating a sacred space for conversation, fellowship, and learning.

“Doorbell!…There it is again!…Now they’re knocking…it must be the kids”. I wonder what the request will be this time – the soccer ball, the nail polish, something to eat – but in doing so I am completely missing the point. They could care less about which sport they’re playing, which color nail polish I offer to them to borrow, or what we have for a snack; what they truly crave, and what they are indirectly asking for, is our time and attention. It’s taken almost a year, but I can now see it – we know these kids well, but we’ve never seen their parents; we see them dressed in their school uniforms, but hear about how they’ve had a different substitute teacher every day for the past four months; and they tell us how they love to dance, but that there is no one willing to organize any afterschool activities for them. My large-scale thinking self wonders, “what can we start in this neighborhood for the kids?”, when what I really need to start doing is listening. I will never be able to understand what it is like to grow up in West Baltimore, the way these mature-beyond-their-years children are, but the least I can do is toss the football with them, paint my nails alongside them, and simply show them that I care. 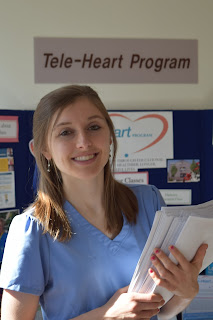 Most recently, the uprisings in Baltimore City stimulated my forward-looking tendencies. Sitting in front of the TV on the day of the initial riots, I found myself already thinking, “what can I do to help rebuild, to work to achieve justice in this situation?” The guidance and insight that I have gained through my various experiences this year, allowed me to reach the understanding that the best course of action to take at this point was to fully and genuinely listen. Rather than try to come up with an explanation for the violence, it was more important to ask, “what are those running around looting and setting fires trying to tell us?” In a way, these teenagers were speaking for the larger West Baltimore community, a group of people with very little voice at all. The true injustice is failing to hear their cries for change. I will forever be an outsider in this community, but my unique opportunity to gain an inside perspective on life in West Baltimore has led me to appreciate that the critical first step toward progress and justice is to take time to listen.
As Dr. Martin Luther King Jr. said, “a riot is the language of the unheard”. Over the last several months, I have seen this riot come in many forms – unfiltered complaints, relentless doorbell ringing, and literal riots – each parallel experience culminating in the humbling realization that all I can and should do is listen. My mailing address may confirm my current residence in an underserved neighborhood of West Baltimore, but I know, realistically, that I will never understand what it is like to live in this community – to have grown up here and to have the expectation of never leaving it. It’s taken me a while to get there, but, contrary to my initial expectations and goals, I know that justice will be achieved, not as a consequence of my personal efforts, but as a result of my commitment to open my ears and my heart to the unheard voices all around me.

"Be Alert!" Advent Reflection by Shaina Glasgow, Cap Corps Volunteer
On the Road with Matt and Caitlin
A Different Route to and through Service: Head as Well as Heart
God's Mission, Many Faces - Mission Congress Kicks Off Today!