Home > Who We Are > Identity

Catholic Volunteer Network fosters and promotes full-time domestic and international faith-based volunteer service opportunities for people of all ages, backgrounds, and skills. As the leading membership organization of Christian volunteer and mission programs, we support and enhance the work of our members through volunteer recruitment, training and resources, networking opportunities, and advocacy.

Through service rooted in faith, all will know the opportunity to impact the world and be transformed.

We work from Gospel-based principles.
We promote social justice for all, standing in solidarity with the poor.
We advocate on behalf of faith-based volunteerism.
We strive to be inclusive and collaborative.
We commit to excellence in the quality of our services.
We steward our fiscal resources with care and gratitude.

Our Commitment to Diversity and Racial Justice

Catholic Volunteer Network respects and upholds the dignity of all persons regardless of the identities they hold. As we expand our conversations and programming with our members about present day structural injustices and their ties to oppressive histories, CVN dedicates itself to pairing those discussions with action to stop our own participation in the systems of oppression.

We believe that creating a just and diverse environment is more than an ideal. These are our core commitments that we invite our members to share:

During the next three years, CVN will strive to articulate why faith-based service is compelling to potential volunteers, the Church, and partners – and how to ensure continued growth and impact.  We will discern new approaches with a commitment to: 1) marketing; 2)transition; 3) diversity; and 4) fundraising.

Click here to learn more about our plans for story and strategy over the next few years. 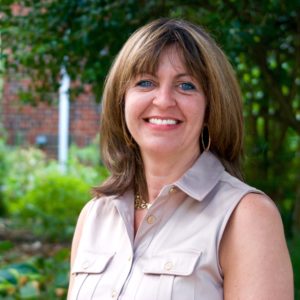 Teresa has been with Catholic Volunteer Network for over 12 years, serving as the accountant. She graduated from the University of Maryland, and currently resides in Silver Spring, MD. Begun in the Catholic Archdiocese of Newark (New Jersey) in 1963, Catholic Volunteer Network was originally known as the Newark Liaison Foreign and Domestic Lay Apostolate. Fr. George Mader, a priest of the Archdiocese, petitioned then Archbishop Thomas Boland, for permission to begin a “Church Peace Corps” after his sister, Patricia, had served for a year as a volunteer in Farmville, North Carolina with the Mission Helpers of the Sacred Heart. He wanted to promote such lay volunteer service and to encourage others to support it.

The first issue of RESPONSE, a directory of faith-based volunteer opportunities, was published in 1965 (and continues to this day). In 1971, the organization, by then known as Newark International Liaison, was first listed in the Official Catholic Directory. Two years later, International Liaison became a “coalition” of various mission agencies, the purpose of which was to act as an instrument through which policies might be recommended and issues discussed.

In 1975, the organization, by then called the International Liaison for Lay Volunteer Ministry (ILLVM), moved to Washington, DC. That same year, Bishop Joseph Francis, SVD, auxiliary bishop of Newark, became the organization’s Episcopal Advisor, a role he carried out until his death in 1997. In 1978, ILLVM hosted its first annual conference. In 1982, the organization’s name was changed to the International Liaison of Lay Volunteers in Mission (ILLVIM). The Father George Mader Award was instituted in 1988, in honor of the founder, to recognize individuals or groups that have been exemplary in fostering lay volunteer service. Fr. Mader passed away in June 2018, click here to read our tribute to his life and legacy.

In November 2013, Catholic Volunteer Network commemorated its fiftieth anniversary at the Annual Conference held in Washington, D.C. A special component of the conference was a day long symposium on the impact of faith-based service on CVN alumni, to coincide with the release of a research study conducted by CARA entitled "Volunteer Introspective." Partners, supporters, program staff, and longtime friends gathered in Washington, D.C. for this celebration. Also at this conference, CVN's annual survey report recorded over 20,000 volunteers serving annually.

Every year Catholic Volunteer Network bestows two awards to honor individuals and communities that have made great contributions through volunteer service.

The Father George Mader Award was created in 1989 to honor organizations and individuals that encourage lay men and women to serve others in the United States and abroad. The award is named after the late Father George Mader, of the Archdiocese of Newark who, together with his sister, Patricia Mader Stalker, founded what is today known as Catholic Volunteer Network.

The FC is an organization rooted in the Christian faith that compels us to be a meeting place and a participant in the struggle for the common good. The FC shares CVN’s desire to offer and create space for intentional and creative discernment about how faith can be lived out with action. As an outgrowth of the Church of the Savior in the Adams Morgan neighborhood (which helped start countless ministries and nonprofits focused on mercy and justice) the FC is committed to place and people - especially how to welcome and nurture gifts. For many years it sponsored a CVN member program - Discipleship Year. It also currently hosts the School for Liberation, which trains and mobilizes faith leaders through accessible and affordable education to strengthen movements for justice in DC and across the country. Lastly, it has been a perfect home for many CVN gatherings over the years!

For more information about the work of The Festival Center, please visit their website.

Catholic Volunteer Network bestows the Bishop Joseph A. Francis Award on former volunteers that have demonstrated exemplary service to their local communities. Most Reverend Joseph A. Francis, SVD served as Auxiliary Bishop of the Archdiocese of Newark. He was the Episcopal Advisor for Catholic Volunteer Network from 1976 until his death in 1997. His wisdom and guidance helped the organization grow from a diocesan project to a national membership organization and resource center for faith-based volunteer programs. As Bishop Francis gave so much of himself to the Church, society, and Catholic Volunteer Network, the individuals and organizations that are honored in his name will likewise have made great strides in bettering the world around them.

Who is eligible for the award? Volunteer alumni nominees should have:
• Successfully completed at least one term of service with a CVN member program.
• Demonstrated a sustained effort to share about the impact of his/her volunteer experience and increase awareness of faith-based service.
• An ongoing commitment to community service, advocacy, and/or ministry to their local community. (The geographic area is determined by the location of the National Conference on Faith-Based Service for that year.)
• A continued dedication to the four tenets of community, spiritual growth, social justice and simple living.

Who can nominate? Volunteer program staff, current volunteers and alumni, campus ministers, and members of the general public may submit nominations for any individuals who fit the above criteria. Self-nominations may also be submitted.

How can I nominate someone for this award? Catholic Volunteer Network generally accepts nominations in September of every year.

Chynnah is an ex-Evangelical from The Tampa Underground Church Network, and served with Franciscan Volunteer Ministry in Silver Spring, MD in 2018-2019. During that time taught ESL to immigrant families from Iraq, Guatemala, and El-Salvador, and supplied them with assistance learning to navigate basic necessities in the healthcare and transportation system. She also taught a 6-8th grade social justice course at the St. Francis International School, within the St. Camillus parish, which led her to more deeply explore the Black Catholic tradition and advocacy work via tenant organizing in MD with Action in Montgomery, and police accountability campaigns like Occupation Free DC, which is powered by Jewish Voice for Peace. She now occupies a strategic support role as Executive Assistant to the CEO and Special Projects Manager at Faith in Public Life, a national movement of 50,000 clergy and faith leaders united in the prophetic pursuit of justice, equality and the common good. FPL leads the fight to advance just policies at the local, state and federal levels as it empowers new religious leaders to fight for social justice. In addition, she invests in movement work in her community by working with: Black Youth Project 100, Black Lives Matter-DC, and Jewish Voice for Peace.