Home > Uncategorized > All Together Now: A Celebration of Service 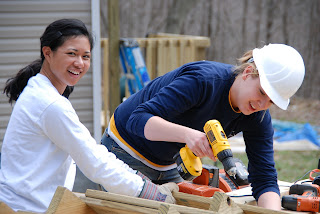 As Congress is still debating the budget, the Points of Light Institute is hosting “All Together Now – A Celebration of Service” at The John F. Kennedy Center for Performing Arts in Washington, D.C., to honor President George H. W. Bush for his visionary leadership in the American service movement. The event will bring together all four former presidents for the first time since the inauguration of President Obama. President William J. Clinton will serve as the event’s honorary co-chair. He will be joined by President and Mrs. George W. Bush and President and Mrs. Jimmy Carter. Watch it tonight on NBC at 8/7c.

The star-studded lineup will also bring together some of the biggest acts in country music, soul and rock in a unique program celebrating the powerful role voluntary service can play in overcoming the challenges our communities face in the 21st century. “All Together Now – A Celebration of Service” will feature performances by Garth Brooks, Sheryl Crow, Cee Lo Green, Reba McEntire, Sam Moore, Brad Paisley, Kid Rock, Darius Rucker and Carrie Underwood.

Points of Light Institute inspires, equips and mobilizes people to take action that changes the world. 25 million more Americans are volunteering today as volunteered in 1989. To find out how you can get involved and make a difference, visit PointsofLight.org.