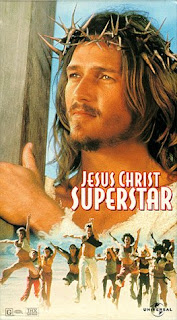 At some point someone, even if that Someone was speaking within, invited you to consider doing volunteer service and now you are doing it. Did you know exactly what you were getting into when you applied? Like the Apostles, probably not. You hoped to serve and give of yourself. Now after some time of service, you have much more of an idea of what you are doing and what it means to give of yourself in service. Even if your time of service is not coming to an end right now, you might be asking a couple of questions

No need to panic over them. Spending time reflecting on these questions is important, but sometimes that reflection can move in the direction of narcissism.Obviously, service is focused on others rather than ourselves. An outward-focus, while inwardly deciding, can offer a possible way forward.  A bit of wisdom from Pope Francis from this past Easter Sunday speaks to this needed balance:

“Let us be renewed by God’s mercy, let us be loved by Jesus, let us enable the power of his love to transform our lives too; and let us become agents of this mercy, channels through which God can water the earth, protect all creation and make justice and peace flourish.”

Notice that we are in the middle, not as passive participants, but actively living the mercy and love of Jesus Christ toward a world in need of care, to people in need of service. We are sent by him. We are apostles. 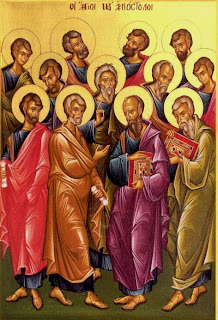 Ever think of yourself as an apostle? We are. Each one of the baptized is an apostle of faith and charity to a world in need of the mercy and love of Jesus Christ. We share in his mission. This is our primary vocation (from Latin vocare – “to call”) in life. We have a vocation to be an apostle.  Don’t believe me?  I’m not the one who said it, Blessed John Paul II did. He was talking to my religious family, the Union of Catholic Apostolate, but his point was meant for all:

“Continue to multiply your efforts so that what was prophetically announced by Vincent Pallotti, and the Second Vatican Council authoritatively confirmed, may become a happy reality, that all Christians are authentic apostles of Christ in the Church and in the world” (Homily of June 22, 1986).

Blessed John Paul II was simply expanding on what was said during the Second Vatican Council in a document that he helped to write, the Decree on the Apostolate of the Laity. But, what does it mean to be an “authentic apostle of Christ in the Church and in the world?” It means living as one who is sent, and not simply living for ourselves or being only a follower. We are sharers in the mission of Christ in his priestly, prophetic, and royal offices (Catechism of the Catholic Church, n. 783-786). We are “consecrated” through baptism (priestly) to “witness in the midst of the world” (prophetic), in service, especially to “the poor and the suffering” (royal). Nothing passive here!  Our vocation as apostles of Jesus Christ is an active one that moves us outward beyond ourselves to a world in need of his presence through us.

Our vocation as baptized is our primary vocation. All of the other vocations as married, single, consecrated, or priest are all secondary to this primary vocation as follower of (disciple) and sent by (apostle) Jesus Christ. Each is a way one can live out the primary vocation. How does one decide? Through a process of discernment, one is called to be informed, pray, make a choice, and take action. I make it seem easy. The process is not an easy one, but necessary in order to make a truly informed choice about how to live our vocation as an apostle. You might not be ready to make a choice about what way to live this vocation for life, but living it out as an apostle is what you are already doing in your volunteer service and probably did long before now.

Maybe the Apostles in Jesus Christ Superstar were not so far off then, we do want to be apostles; we only need to try.