Home > VOCARE > Discernment story: “You could be happy like that”

By Sr. Meg Kymes
Former Vincentian Service Corps volunteer in St. Louis, MO
From Service to Sisterhood Vocation Story
From the moment I met them I felt drawn to their joyful spirit. I heard this little voice inside of me say, “You could be happy like that.” At first I was shocked and a little scared. I tried to push the little voice away and say NO! But, the voice got more and more insistent and I had to at least see what was drawing me to the Daughters of Charity. 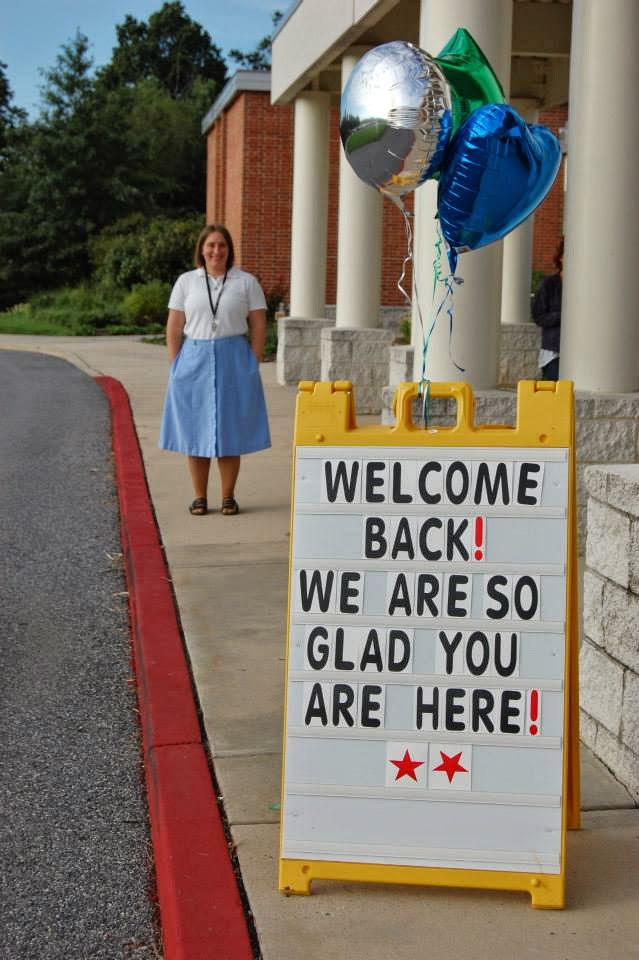 That was almost 8 years ago, and today I still feel as called as I was then. Now, I am ministering as teacher’s assistant at Mother Seton School in Emmitsburg, MD. Looking back, it was not just the Daughters’ joyful spirit that kept me coming back to them during my discernment, but other aspects as well.
There is a saying in the community that says, “If you’ve seen one Daughter of Charity you have seen one Daughter of Charity.” I have found this to be true. Among us you will find we dress the same and many do similar works, but underneath the works and blue and white habits you will find many different personalities, interests, and backgrounds which makes life much more interesting! There is truly room for everyone at the table of Vincent, Louise, and Elizabeth Ann!
I also saw a great openness and flexibility in them; my vocation directress told me over and over, “A Daughter of Charity, if nothing else, is flexible.” Vincent would call this obedience; he told the first Daughters they would go where they don’t want to go and do what they don’t want to do not because of themselves but because of God’s will. While going where we don’t want to go and doing what we don’t want to do seems like a bad thing, it isn’t always. I used to visit a sister at our retirement home in Evansville, IN, who went from growing up on the streets of Chicago to spending 55 years in Japan. She told me she wanted to go to China, but God had other plans for her. She stayed in Japan all that time happy to follow God’s will for her.
I to have found myself in places I never imagined doing things beyond my wildest dreams because of being open to God’s will. I’ve lived in Indiana and New Orleans and now in a small town in Maryland. Now, I was born in raised in St. Louis and until meeting the Daughters had no intentions of ever leaving St. Louis. However, I would have never found New Orleans which has become one of my favorite places on earth!  I fell in love with the city, the culture, and the people. If I was not flexible and open I would have never had that experience like the retired sister who had the opportunity to serve the poor in Japan for 55 years. 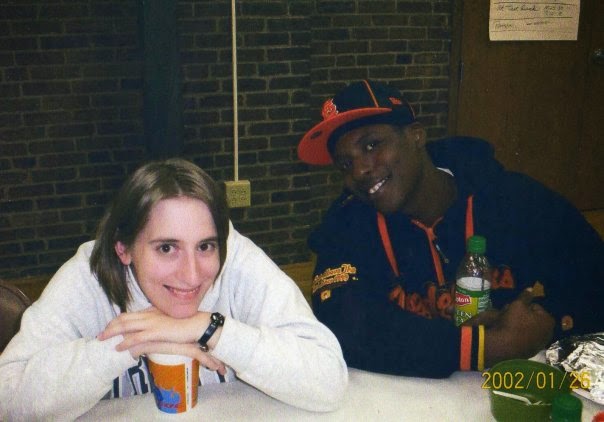 Most of all, I was continually drawn back to the Daughters of Charity because their love for the poor. Louise implored us in her Spiritual Testament, “…above all take good care of service of the poor.” Vincent told us, “Let us love God, but let it be with the strength of our arm and the sweat of our brow.”
While a relationship with Jesus is central to a Daughter’s life, all of our prayers, daily Mass attendances, spiritual readings, and Rosaries are done to give us the spiritual energy to go out to those living in poverty. Most of the Daughters I have met say what makes a true Daughter of Charity is love for the poor. Their eyes light up when they speak about their current ministries or their past experiences of serving those living in poverty.
So, why am I drawn to the Daughters of Charity? I fell in love with the poor and decided to follow Christ’s call to by being given to God, in community for, their service.

For more resources on discerning your vocation through service, click here.